Home » Summer Motoring » What is TerraClean and How Does It Work?

What is TerraClean and How Does It Work? 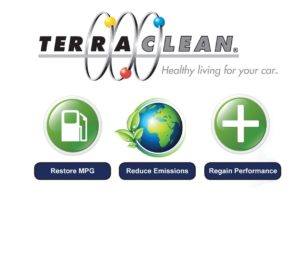 There’s no doubt that pollution is all around us, in fact, even escaping to the far reaches of the countryside doesn’t seem to help us shake off the smog so commonly found in our villages, towns and cities. Pollution is an inescapable factor that goes hand-in-hand with modern day living, and however oblivious we are to the damage it does to the environment, we can certainly feel its effects on our skin, hair and in our entire bodies.

Your car or van inevitably generates toxins, but with modern systems much of the inbuilt carbonising processes are so filtered that the pollution builds up inside your vehicle and coats the engine. As most of us journey only short distances we expect our vehicles to deal with all the effort of start up with the huge amount of ‘from cold’ pollutants this generates without the pleasure or opportunity of a longer journey to work them through the system. Imagine the effect of just a short drive on your car’s general well-being, it’s enough to make you itch! But fear not, help is at hand, thanks to TerraClean.

TerraClean is the equivalent of a colonic irrigation for your vehicle’s system. Using innocuous compounds and a remarkable process, TerraClean jiggles away any carbon, lacquer or greasy deposits from your car’s entire ‘digestive’ system leaving it entirely clear again.

The technology itself was developed by a group of scientists who were commissioned by the Canadian government to develop an engine like no other. In pursuit of their goal to create a zero emissions engine, they developed technology which has since been rolled out globally and is now championed by motoring specialists everywhere as the only way to effectively decarbonise. Since its creation, TerraClean decarbonisation equipment has been successfully used on 13,000 vehicles in North America alone, and whilst it is new to the UK market, it is already making waves.

What effect does the process have on your vehicle?

Once its insides are as smooth as the day they were fitted together, there is nothing to impede the process of any emissions, instead your car or van is able to drive more smoothly, accelerate more cleanly and use less fuel overall. The results are instant, think of it as a revitalising spa break for the most harassed member of your family! In addition to giving the inner workings of both petrol and diesel vans and cars some much needed TLC, TerraClean technology can also be applied to motorcycles, trucks, motorboats, plant machinery and agricultural vehicles.

For an instant, environmentally friendly pick-me-up for your vehicle, and a way to save on your weekly costs, come to Collison for the TerraClean treatment.